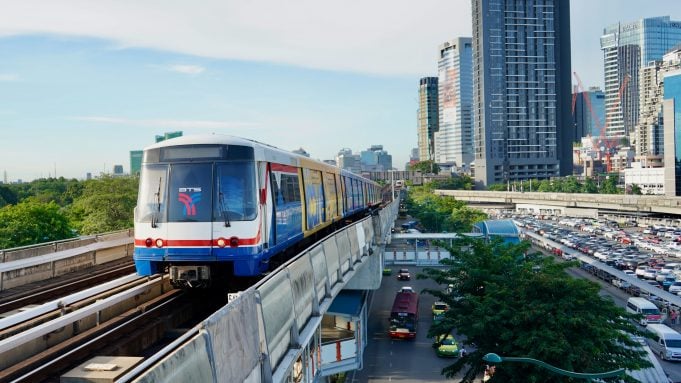 BTS Skytrain, a subsidiary of BTS Group Holdings Public Company, sought payment. BTS asserts that the government owes them 40 million Thai Baht. The BTS intends to disgrace the government by broadcasting a message about debt collection for 15 days on all BTS trains and station platforms along Sukhumvit. The operator of the BTS Skytrain has twice reminded the government to pay its debt. The first video was published in April, and the most recent was uploaded on November 21. The 40 million baht debt, according to Amarin TV, is comprised of operations and administrative expenses and electrical and mechanical systems. Keeree Kanjanapas, CEO of BTS, speaks in the debt-collecting video. KEEREE DECLARES, “Third year. 40 million baht in debt. I must pay my employees, rent, and other expenses. The government must act now. Daily curiosity increases. Authorities must consider the consequences of debt. Influences residents Taxes are squandered. It requires clearance. Pay it. I assured the passengers that the BTS would not halt. If this is the case, more than just me and a few politicians will be affected. Humans are impacted. This is necessary, and I believe my passengers understand. The film was also published on BTS’s Twitter page with the question, “How long can an individual bear debt?” No pay. Every year, expenses escalate… Every authority evades debt. Undecided. Stop avoiding it. You should not leave the private sector. Fix it! BTS Green Line is forty billion baht in debt. #payyourdebt.” Beginning on November 21, the film would play in train stations and aboard trains for 15 days.

Wednesday, Bangkok Governor Chadchart Sittipunt stated that it was unclear if BTS’s communication with BMA was under the PPP Act. The BMA requests that Bangkok Metropolitan Council clarify the agreement. Bangkok is eager to repay the money, but legal procedures must be followed. Bangkok could instantly repay its debt if everything were lawful. The governor also discussed Gray Line (Watcharapon-Thong Lor) and Silver Line in Bangkok (Bang Na-Suvarnabhumi Airport). Bangkok sought to process people’s initiatives but lacked the necessary funding. Bangkok’s annual budget of 80 million baht supports transportation, urban development, and waste management. The mayor of Bangkok, who is 56 years old, wants the government to spend independently in train development rather than taking 20 million baht from his budget.

BMA and SRT are working to restore Chatuchak Market