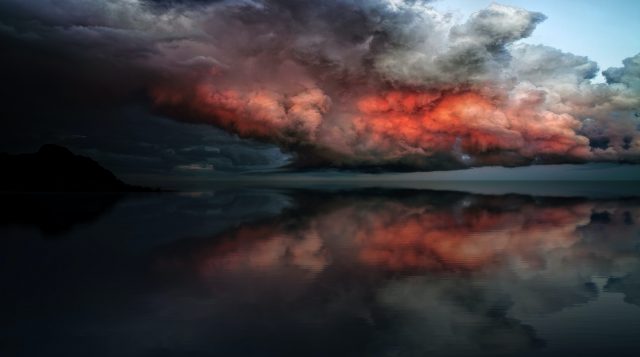 Officials from the Non Sung district have now warned the villagers to make sure that the roofs and structures of their homes can withstand severe weather. The plans of visitors to the island who were hoping for sunshine were derailed by the wet day in Phuket, which was located further south. Traffic was hampered by the flooding on several routes, including Sukhumvit Road. Additionally, residences next to the road were inundated.


Thailand’s poorest region is in the northeast. The dwellings look to have been constructed with wood and other delicate materials in photographs. Poorer villages with flimsy dwellings are severely struck during Thailand’s monsoon season when wind and rain are constantly pelting various locations. Along with local officials, the Nong Sung district head distributed assistance packs to homeowners and assessed the damage. Thankfully, there were no reported casualties. The monsoon season is currently having its worst impact on communities in Northeast Thailand. Last night, rain devasted three villages in the province of Nakhon Ratchasima, causing damage to 48 homes and a number of crops.

In Central Pattaya, glass panels that were broken by violent winds fell from buildings and struck a number of cars.

Three residences in Patong, on the west coast of Phuket, were destroyed by numerous massive trees that fell during a violent storm last month. The houses appeared to be flimsy, much like the village in northeastern Thailand. However, Thailand’s weather has a devastating impact on all communities, not just the poor and rural ones. Pattaya was devastated earlier last week by torrential rain, wind, and flooding. Chadchart Sittipunt, the new governor of Bangkok, shared a video of himself on a daily jog in the city while covering his face. The latest edict’s publication in the Royal Gazette made any doubt regarding face masks clear.


Chadchart and several friends or coworkers can be seen wearing coordinated T-shirts in the video. The gathering leaves from Lumpini Park and can be seen moving on to other locations after passing through Bangkok’s Asoke neighborhood. In order to allow people to live more normally, mask wearing will now only be done on a voluntary basis. In order to lower the risk of infection transmission, the Ministry of Population Health only advises the general public to wear a mask when living with others in a crowded space, in public gatherings where they can’t maintain social distance, or in places with poor ventilation. “Running to work,” the caption reads. Chadchart informed the media that he will continue to use masks when going to meetings. It should be okay in open areas, but you can carry a mask with you in case you need to enter a building or other enclosed area, or even board a commuter boat, he advised. While Thailand has a reputation for being obsessed with face masks, one politician in Bangkok is cheering the end of the country’s mask laws in public areas. If you read between the lines of the most recent declaration regarding masks, you still have to wear one on public transportation, for example, even though you can walk through the streets and other public areas. There will be fewer people wearing face masks on the streets of Thailand, despite the fact that the official declaration creates many more doubts. It remains to be seen how quickly foreigners and Thais will break their two-year and two-month habit. Despite little attempts from the authorities, wastewater frequently enters Daraphan Village 5 from the neighboring Eakmongkol Village 8. In order to transport the effluent into the Pattaya city sewers, officials had previously agreed to install the necessary pipework. During his campaign this year, one Pattaya mayoral candidate promised to address the city’s flooding and garbage issues.
However, after visiting both communities this week, Pattaya’s deputy mayor and city council members discovered that the pipes were ineffective. The path into Daraphan 5 was still being filled with sewage. For for almost 7 years, a village in East Pattaya has experienced terrible sewage issues, and nothing is improving. Sludge-filled murky waterways surrounded Jomtien. He lost the election for the city, nevertheless.

The poor Daraphan people have been afflicted by a sewage crisis for at least 7 years, but Deputy Mayor Manote Nongyai hasn’t maintained any of his promises to them up to this point. Sewage issues plague a number of Pattaya neighborhoods. For the residents of Daraphan, hope is still bleak due to leaders’ hollow promises. The various “solutions” that officials have proposed to the issues are, at best, jokes.
In order to prevent untreated wastewater and black sewage from flowing into Jomtien Beach’s beachfront in 2019, officials packed sandbags into a sewage outlet.
To find a long-term solution to the issue, the authorities acknowledged there was more work to be done. Social media was flooded with horrifying footage and images.