Home Thailand A rebate of 200 million Thai baht will be applied to Thailand’s... 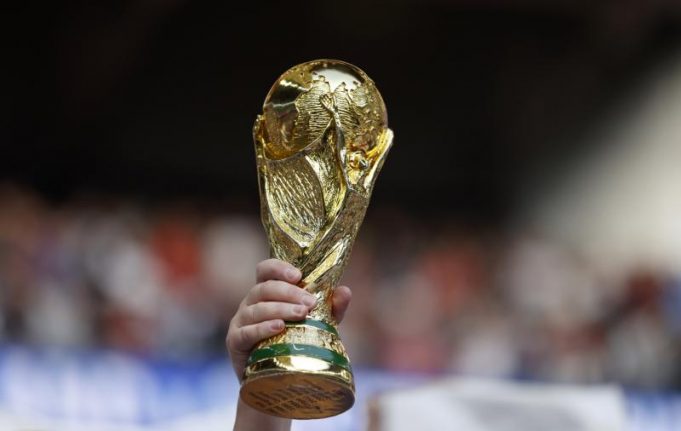 Anucha Nakasai, the Minister of the Office of the Prime Minister, reported today that Thailand wanted a greater discount, but the final price given by FIFA is US$39 million, which is equivalent to 1.4 billion baht. This is down from the previous asking price of US$45 million, which was equivalent to 1.6 billion baht. The minister disclosed that the National Broadcasting and Telecommunication Commission (NBTC) was successful in raising 600 million baht in order to purchase the license. PTT, Thai Beverage, and True Corporation each contributed an additional 400 to 500 million baht, bringing the total amount still owed to approximately 400 million baht. Anucha continued by saying that in order to alleviate some of the financial burdens, the government has reached out to a number of businesses operating in the private sector. If the government is unable to raise the requisite monies, the absolute worst thing that can happen is that they will pull the money out of the National Sports Development Fund. According to Thairath’s report, the Director of the Sports Authority of Thailand, Kongsak Yodmanee, will be meeting with the chief executives of television channels today in order to discuss the plan for broadcasting the event. Khaosod reported the previous Monday that the transaction needs to be finalized tomorrow, November 18 and that the broadcasting cost plus 15% tax ought to be transferred to FIFA by Saturday, November 19, prior to the first match that is scheduled to be telecast.

Three days before the first match of the 2022 FIFA World Cup goes off, Thailand is out in the streets with a begging bowl seeking to collect money to cover the broadcasting license from both the government and the commercial sector. Incredibly, FIFA caved into Thailand’s ridiculous and antiquated technique of bargaining and dropped 200 million baht off the original asking price, reducing the total amount of money that needed to be paid from 1.6 billion baht to merely 1.4 billion baht. However, Thailand is by no means out of the woods at this point. There is still a significant amount of work to be done before soccer fans in this country will be able to watch the World Cup for free. The kingdom is still short of the whole sum necessary to acquire the license. The federal government contributed approximately 1.1 billion dollars, and the remaining funds will come from the National Sports Development Fund as well as the private sector, assuming those individuals are in a charitable mood.