Home Thailand Expats and others who need to extend their British passports face significant... 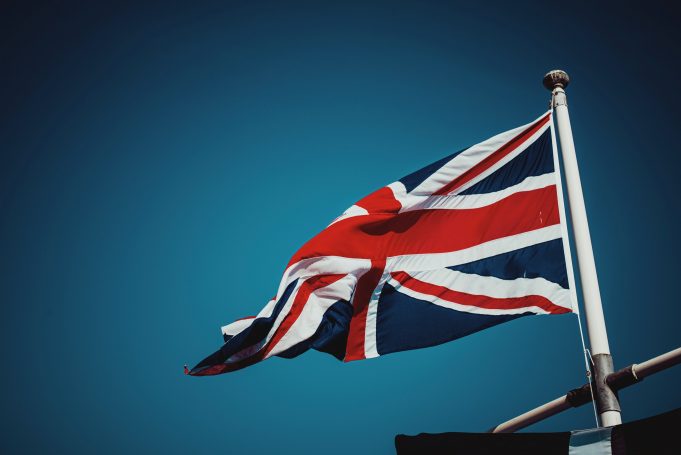 The Thaiger has been approached by a number of dissatisfied UK citizens whose stay in the Kingdom is being jeopardized due to delays, misplaced documents, and outright blunders. Minor hiccups are now becoming a major issue in the processing of British passports in the United Kingdom. It’s been in the headlines a lot recently in the UK, and it’s now affecting a lot of British expats in Thailand. Authorities in the United Kingdom are blaming a rush to travel for the summer season, as well as new Brexit-related issues for British visitors to EU countries.

More than 20 additional British citizens are either on their way back to the UK or in the UK, attempting to sort out their passports after being unable to do so through emails or the British embassy in Thailand. One of the expats claims that they attempted to renew their daughter’s British passport and were told it would take 10 to 11 weeks, but it has already been 5 months and “they have no idea where the documents even are.”

Another British couple living in Australia has been informed that their wedding in the UK would most likely be canceled due to ongoing delays at the Passport Office. They’d have to wait another 13 weeks for their child’s British passport to arrive. For thousands of British nationals who need to straighten out their passports, the challenges and delays have become a global issue. That’s only the tip of the iceberg, with residents wishing to travel during the summer vacation yet unable to do so. As the UK emerges from restrictions and lockdowns and the weather improves, the Home Office reports that more than 5 million people have applied for passports.

The EU’s implementation of post-Brexit laws requiring British passports to have at least 3 months’ validity has added to the pressure, a development that many British nationals were unaware of until they needed to travel again.

Thousands of families are already facing postponed or canceled vacations this summer in the northern hemisphere. Contacted by helpless constituents, British MPs have described the situation as a “absolute disaster.”

Meanwhile, the British Home Office advises travelers to wait 10 weeks for passport processing, but admits that even this time frame is “often broken.” Expats from all over the world who need their passports for visa renewals in Thailand are suffering unexpected consequences as a result of the delays in the United Kingdom. At this point, Thai officials appear to have little understanding of the issues at the British end of the paperwork nightmare, and some expats have been forced to fly back to the UK to try to resolve their passport issues, at a time when flight prices are skyrocketing due to rising fuel costs and inflation. According to the British Home Office, up to 5 million people have experienced passport delays. Some candidates claim to have waited up to five months. Those traveling claim that no one answers the so-called helplines and that their emails go unanswered. Even those who pay extra for the “quick track” option are having trouble getting appointments.

I’m in UK sorting out passport but trying to get an appointment is like rocking horse shit they don’t exist and I’m willing to pay for quick passport is £200 + and the passport does not belong to me they belong to the government what a con why can they not work w/e to clear back logg so the same for the N.H.S. I’m so fed up of paying out through no problem of mi own why doesn’t the government step in and make them cover back log why should we be penalised for there lack of management

British Embassy in Bangkok is an absolute disgrace. They do NOTHING to assist Brits, even though WE pay their wages through taxes. They are ignorant, condescending and a total waste of time.

Yes The British embassy, is just keeping the staff employed. The least work they can do to get their high wages is how it works. If it were a business it would have gone bust years ago.

Delay has nothing to do with brexit but the civil servants Working from home and refusing to go into the office to work.

Why aren’t they fired if refusing to go to work? The British Law protects them that well? Is there a lack of staff?

This absolutely sums up the UK these days , EVERYTHING is becoming an issue , you have to complain until you are blue in the face but often STILL get NOWHERE. Hardly anything ( ot if Goverment anyone ) is working properly.
No doubt big Companies privately are conning their way into how Goverment is working and making it 99% worse

it took me 5 mnths,theyre a disgrace and the uk embassy are incompetent arrogant and useless,other EU citizens get their new docs in a week or 2,sack some of these people now,when i return im taking them to court it cost me a relationship and a job,some of these smug over paid civil servants need to go ,we are paying their pensoons and dealing with arrogance and incompetence

My Thai wife has now been told to expect a 24 week wait instead of the standard 12 weeks of before for a Wife VISA, it makes for sober reading a first world country to be struggling with any issues like this. They are also talking of cutting back on staff in these government posts ! UK is now a laughing stock in the eyes of the International community , WELL DONE BORIS !!

The waterfalls of Koh Rok near Krabi entice nature lovers