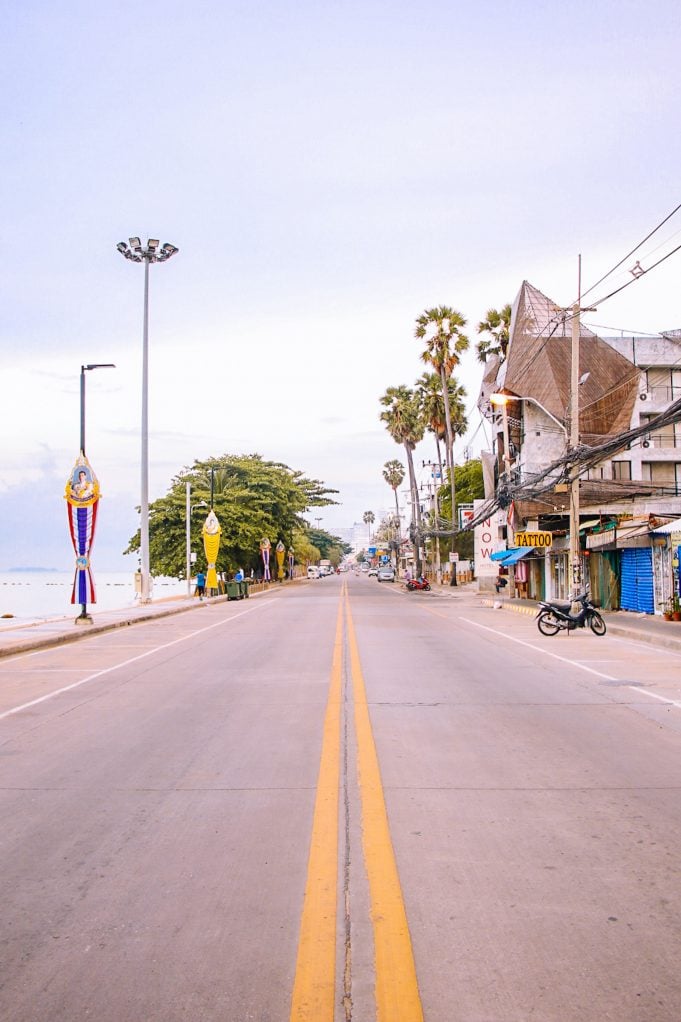 The abandoned and defaced tourist service center in Pattaya has been cleaned up following a succession of break-ins and vandalism in the surrounding area. Nikom Sangkaew and members of the Pattaya Police Department worked together to repair the light bulbs and clean the inside of the police box on Beach Road just across the Royal Garden Plaza.

Since 2019, the box has supplied essentially no services. Photographs taken by Pattaya Mail reveal that the box is completely covered in graffiti. According to Police Lieutenant Thongin Panyanam, however, officers will soon be stationed on the beach in order to provide immediate assistance to beachgoers. According to Nikom, the cleanup was necessary due to a number of thefts committed by transgender individuals in the vicinity of the facility. This year, Pattaya has gained a reputation as a safe haven for gold necklace thieves, most of whom are opportunistic ladyboy thieves and Indian tourists. Numerous occurrences have been reported, and it is amazing that a full-scale conflict has not yet erupted between Indian visitors and lady lads.

In August, an Indian tourist had 12,000 baht in cash and other items stolen during a heist on Pattaya’s renowned Walking Street. Vishal Vajbhaw, 33 years old, said that two ladyboys robbed him after he declined their “services.” He indicated that the theft took place in his apartment.

In July, the Pattaya police announced that an Indian tourist had complained that a transgender lady had stolen his 30,000 baht gold jewelry. Two transvestites were guilty for the theft of a gold necklace from a Russian tourist at the beginning of this month. We will have to observe whether increasing the number of public places where officers are stationed reduces the frequency of situations like this.