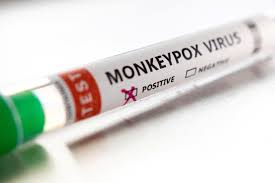 Thailand raises the level of national concern for monkeypox

The World Health Organization today designated monkeypox a Global Health Emergency, prompting Public Health Minister Anutin Charnvirakul to schedule an urgent meeting. The department also stated that it has enough supplies of medicine and infrastructure in case an outbreak of monkeypox occurs. Health officials at the conference today, according to Anutin, believed the individual had not spread the infection, making Thailand still safe. According to the Medical Services Department, Thailand has access to adequate vaccines to stave off monkeypox. The government claimed the vaccination was still effective despite having reportedly been in cold storage for 40 years.

This information was released following the escape to Cambodia of a Nigerian man who was the first person in Thailand to be diagnosed with monkeypox. The man was hospitalized in Phuket after being diagnosed with the virus, but he escaped when authorities went to his condo to take him to the hospital. The man was allegedly captured in Cambodia yesterday after swimming across the Sa Kaeo River.

He stated that personnel in charge of disease control are collaborating with border checkpoints to conduct monkeypox screenings of travelers. He noted that travelers from high-risk nations are being closely watched. According to Anutin, monkeypox prophylactic procedures are also successful against Covid-19, which spreads more slowly. Thai authorities are on the lookout for monkeypox. Today, the nation raised its monkeypox alert to a national level. According to Phuket health officials, they have located those who had direct touch with the individual. Two of the 19 had just tested negative for monkeypox, according to the Phuket Public Health Office, and the results for the remaining 14 will be available in a few days.